Queens of Lovers Rock Janet Kay and Carroll Thompson will be here live at the Fox & Firkin December 12th joined by some extra special guests!

Janet Kay, winning her many friends and fans around the world with her songs, 'Silly Games' and 'Lovin' You', have reached anthemic heights, on this side and the other side of the globe.

In 1979, Janet made history by becoming the 'First British born Black Female Reggae Artist to have a No. 1 in the British Pop Charts' - Music Guinness Book of Records. The song 'Silly Games', (produced by Dennis Bovell) was a hit not only in the UK but also in Europe. 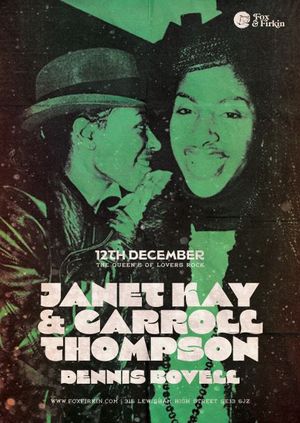